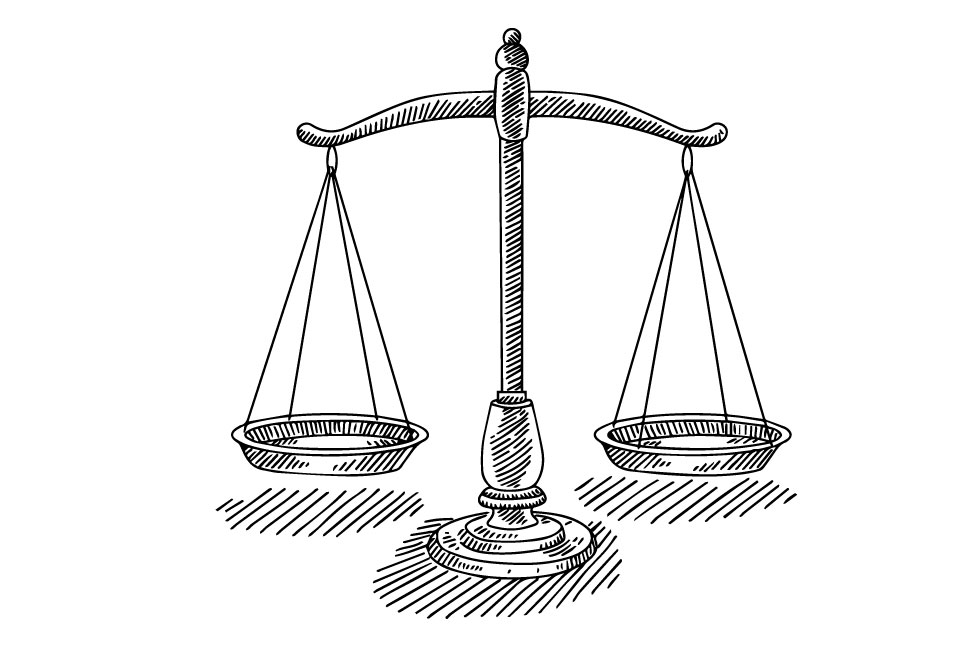 A Q&A with Chief Justice of Michigan Bridget M. McCormack, who was at the forefront of the state of Michigan’s move to online hearings since proceedings were moved online in late March.

COVID-19 has transformed every layer of government, including the court system, but there are some organizations that are making the most of this challenging time. The State of Michigan took itself virtual early on in the pandemic, using Zoom for its trial court proceedings. In order to facilitate public access, the court is livestreaming and posting video of court proceedings on YouTube. Constituents can find and view court proceedings statewide using an interactive map that allows users to pick a county or judge and view associated proceedings. The result: A court system that’s not only more efficient but also easier to access for all Michiganders. We spoke with Chief Justice McCormack to learn how they launched their program quickly and what they’ve learned along the way.

What were the goals that you had when you started the virtual courtroom program?

The main goal was staying open. How do we make sure that people continue to have access to justice during the pandemic. We had in mind, ‘Are there ways to leverage new ways of doing business to increase access, transparency and efficiency?’ Before the pandemic, the supreme court had purchased Zoom licenses for all of the trial judges not because we are prescient, but because we already identified that remote platforms could increase accessibility and efficiency. The transparency piece came out as a result of the pandemic as we tried to figure out how to make sure the public could still see what was happening and live streaming to YouTube was the best way to do that.

Did incorporating technology bring about any process changes?

We ran this remote jury trial, it was a fake trial. We had a member of our staff play a criminal defendant, real lawyers played themselves and the judge played the judge, we recruited jurors. And in the jury selection process, Zoom doesn’t always look the same to everybody who is looking at it, but you need it to look the same if you’re using it to pick a jury. Zoom was incredibly responsive. They were like, ‘Yeah, we can do that.” It’s amazing. The whole court system — well at least ours in the Supreme Court– we had to figure out how to act like entrepreneurs instead of lawyers and judges who generally resist all change until we’re 100 percent sure it’s going to be okay. It’s completely turned our way of doing business upside down. Like hurry, let’s figure this out. Let’s try it and if it works, great.

How quickly were you able to stand up the new platform and processes?

Honestly, it was zero training time. The first judge who went up live streaming to YouTube onto a Zoom platform is from a small county in southwest Michigan, and she was like, “I can get on it. Let me just try.” And it went fine. The rapid response task force put together a bunch of products in ten days. We said we need this quickly and we can update it as we go on, but we need information out right away. So we just had to move incredibly quickly. Within a week people were up and running.

What happens once the pandemic is over?

Oh, you never go back. There’s no way we’re going back. The benefits to the efficiency and transparency are just far too great. The lawyers and litigants, now that they have done business this way there is no way they’re going back. It has too much promise to deliver a better justice system.

A lawyer can appear in Detroit in the morning at nine o’clock and then Grand Rapids 20 minutes later, whereas to do that physically it’s almost impossible. Obviously, there are going to be some cases which might not be appropriate for a remote platform, but a lot of what courts do is perfectly possible to do on a remote platform and a whole lot easier for lawyers and litigants to show up. Litigants who have jobs, who have childcare issues are really grateful that they can figure out how to appear at their 20 minute hearing without taking a day off from work, finding care for their kids, putting themselves at risk in a courtroom in a pandemic.

There are a couple of other benefits that maybe should have been predictable and I didn’t see coming. We heard anecdotally from judges who have cases with kids that they are so much more open on this remote platform. Kids in courtrooms have a hard time opening up. Now, on the platforms  kids are insisting on hearings because they want to show the judge their room, show the judge their homework. Kids feel comfortable talking into their phones.

We’re also hearing from self-represented litigants, which is the majority of people in our district court. Eight out of ten people can’t afford lawyers in many civil cases. They are finding our platform gives them more voice. I don’t know if it’s because everybody’s Zoom box is exactly the same size and it has an equalizing feature to it or just because everybody has to take turns speaking in Zoom, so you don’t have to try and butt in and assert yourself. Litigants are recording really being satisfied with the platform.

I also know lawyers who would want to be able to give some pro bono time to say, addiction cases, where a large number of people go unrepresented. But the time to drive to the courthouse, park, and get the work done, is so consuming that they just can’t manage it. Now, a lawyer can sit at his or her desk and Zoom into a number of hearings back-to-back and provide pro bono services. That just isn’t possible in an in person appearance world. That’s something that people just don’t want to give up.

Do you see any negatives?

There are definitely going to be some negatives. We need to make sure that people in both rural and urban parts of the state who don’t have internet access can still access our courts and virtual proceedings.That’s an important caveat to figure out. I think there are particular proceedings that are just not as good in a remote platform. It’s not 100 percent better for every single court event, process, and person, of course, but it’s a whole lot better for a whole lot of court events, processes, and people.

The court has logged more than 650,000 virtual hours since the pandemic began. How does the platform affect the speed of justice?

The answer is, it depends on the judge and the court. There are some judges who are almost completely caught up. They literally have no backlog. I recently spoke with the judge who was the very first one to stream in southwest Michigan. She said she’s current in her docket except for jury trials, which is the one thing that they haven’t been able to figure out in her particular county yet.

Do you need to change any laws to catch up with the innovation?

There are statutes that were written to support court processes in in-person court environments that will need updating. Specific court rules were drafted for an in-person court world. Michigan Supreme Court has suspended all of the courtroom barriers to remote courtroom proceedings. But we actually have a task force right now looking at statues and court rules that need to be updated as we take all of the best of what we’re doing. So we’re actually working on figuring out what those are so we can get started right away.

How has this helped you in terms of your personal and professional goals?

As the chief justice and a member of the [Michigan] Supreme Court, which is constitutionally charged with the administrative oversight of the courts, a stated goal of mine from the start was to increase access to justice. I happen to believe that equal access to justice is the foundation upon which all the rest of it is built. And frankly, we weren’t nailing it before. We had an access deficit. There are people in Michigan who can’t afford to pay a lawyer to represent them in a civil matter. They’re getting evicted. They have family law problems. They have consumer law problems. They have to manage courts on their own and courts are not designed to be user friendly to people who don’t have lawyers. So in a way, this has given us the ability to make more progress in 120 days than we probably would have been able to make in a decade.

Do you feel that people are getting fairer trials now? Is there any bias in the system that wasn’t there off line?

There are very few trials underway right now because of the pandemic. One possible source of bias might be jurors who are fearful of COVID-19 would not respond to a summons.  Such a circumstance might negatively impact the representativeness of jury pools.

How are you handling people who don’t have a computer or access to the internet?

We are very cognizant of the potential for remote proceedings to make courts less accessible to a segment of the public who need help the most. One way we are addressing that concern is through the work of the Michigan Legal Help program and their network of 25 self-help centers where the public can use computers and get help filling out forms. But we want to explore increased community access points, such as libraries, schools, and community centers.

Share this article:
Previous Post
“People are looking at the same data but coming to different conclusions”: How Universities are Planning for September
Next Post
Tech Volunteering: How Things Get Done During a Pandemic