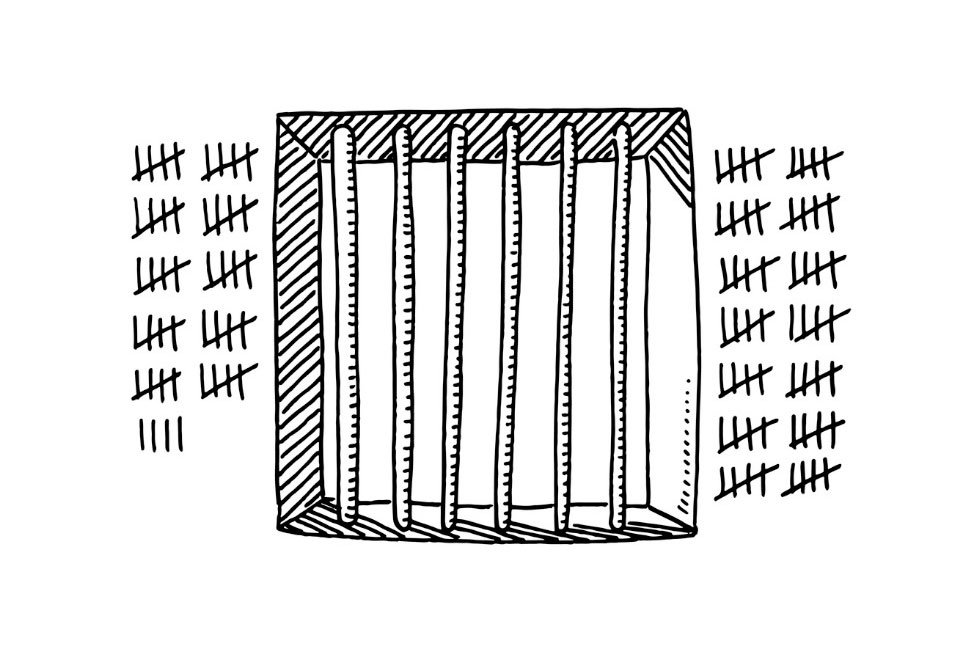 While listening to recordings of a Somerset County inmate’s calls, a prosecutor with Maine’s Office of the Attorney General recognized the voice of a defense attorney he knew. He stopped listening and reported it, but it raised questions about how often inmate calls with their attorneys are reported? In Maine, it turns out that happens a lot. Jails in Maine recorded at least 837 private phone calls between attorneys and inmates in the past 12 months. That included calls at four county jails, which detain defendants before they are even tried, making it a huge breach of attorney-client privilege.

“If that’s not [an attack on] Sixth amendment protections, I don’t know what is,” says Wanda Bertram, a spokesperson for the Prison Policy Initiative.

The issue is particularly relevant now, given that many jails and prisons have stopped in-person visits to stem the tide of COVID-19, leaving inmates no choice but to communicate with their attorneys via video or telephone. Prisons were hit especially hard during the pandemic, with the most Bureau of Prisons (BOP) statistics showing that, among the 126,744 federal inmates in BOP facilities and 36,000 employees, 13,195 and 1,139 have tested positive, respectively and 126 people have died.

While 26 states have resumed in-person visits of inmate attorneys, 16 states still don’t allow legal visits, including California, Texas, Oregon, Virginia, Georgia, Nevada, New Mexico, and the federal prison system, according to a report produced by The Marshall Project. With no single point of contact for the penitentiary industry — and it is an industry given that nearly one in ten prisoners are located in private, for-profit prisons — it’s nearly impossible to assess how the many disparate policies and technology implementations affect human rights. And there’s no plan in place to figure it all out.

Having to rely on electronic communications has its downside, and Maine is apparently the tip of the iceberg, in terms of conversations between inmates and their attorneys being shared. A massive case was settled this past May involving Securus Technologies, a leading provider of phone services inside the nation’s prisons and jails, which had recorded some 14,000 conversations between inmates and their attorneys between 2011 and 2014 — calls that perhaps never should have been recorded in the first place. The recording of legally protected attorney-client communications (and the storage of those recordings) raised questions about whether inmate constitutional protections were violated.

“Any time there is a third party that you have to go through for communication, whether it’s a telephone provider or a video provider, there is a question about confidentiality and security. And the Securus example shows that the concern is not hypothetical,” saysDavid Fathi, Director of the ACLU National Prison Project.

He added that it’s bad if confidentiality is compromised. But it’s almost as bad if the lawyer or client even thinks it’s a possibility. And with everyone going online, it stands to reason that some inmates are worried about their attorney/client privilege, putting civil rights at risk.

“When a client can’t be confident that her communication with a lawyer is confidential, the lawyer client relationship is damaged – because the client is not going to engage in full and frank disclosure with the lawyer, and that’s something as a lawyer that you absolutely need,” Fathi said.

In the Securus settlement, the company agreed to implement substantial business changes, such as providing a “private call” option at the beginning of the call, providing additionally warnings to users that their call may be monitored, make it easier on their web site to designate which numbers are private, and to submit a declaration to the court every six months for five years ensuring their compliance with the settlement.

Such dangerous practices continue today as companies keep pushing the envelope on inmate attorney client privilege in the name of COVID-19 safety. In April, for instance, a company called Leo Technologies marketed a system called Verus, an advanced AI, phone-monitoring and processing technology that it says could mitigate the effects of the COVID-19 pandemic in jails and prisons. The company was offering 90-day trials of the system that would mine calls and alert authorities to sickness-related conversations between inmates and the outside world.

“I’ve talked to a number of lawyers in different parts of the country, and I think in-person representation is important, especially when you’re dealing with people with different literacy and mental health levels,” says Paul Wright, director of the Human Rights Defense Center and editor of Prison Legal News. But he says the lack of confidentiality in electronic communications is equally if not more important, and he’s seen case after case involving breaches by the private companies providing these services.

“It’s pretty common, and it’s widespread enough to be a legitimate concern,” he adds, saying that those who are wealthy can post bail and have those conversations with lawyers in their offices. “This is yet another penalization for being poor.”

While violations of attorney-client privilege may be the largest problem, it’s not the only one. There’s the cost. Many facilities – particularly city and county jails – were sold on the idea of having inmates use video conferencing for family visits because they don’t need staffer escorting prisoners to and from visitation rooms. But the implementation of video visitation often means the end of traditional, through-the-glass visitation in order to drive people to use paid, remote video visitation, according to a Prison Policy Initiative report entitled, “Screening Out Family Time: The for-profit video visitation industry in prisons and jails.” That’s a problem for families who can’t afford it, as it can cost $7 to $10 for a 30-minute chat. The Ella Baker Center on Human Rights did a study in 2015 and found that among families with a member who is incarcerated, one in three, or 34%,  reported going into debt to pay for phone calls or visitation.

“That really adds up. There’s been a decent amount of research on families going into debt to stay in touch with a loved one,” Bertram said. “The cost of all this is always coming out of the pockets of families. Incarcerated people have no money.”

The stakes are higher when it’s the attorney who has to pay, which is what happens often — even during a pandemic. When the jail or prison pays staff to accommodate a legal visit, it’s part of the government budget, but phone and video calls are usually provided by private companies.

“If that’s what attorneys are required to pay to be in touch with their clients, that’s deeply problematic,” Bertram said. “Is that putting a burden on all public defenders and criminal defense attorneys?”

While the technology at prison and jail facilities varies widely, in some instances, the technology is not adequate. There are sometimes lags on the line of three or four seconds, long enough that it makes it difficult to hold a conversation, says Andrea Woods, a staff attorney with the Criminal  Law Reform Project at the ACLU.

“In my experience, incarcerated people are really limited in the ways they can communicate with their attorneys,” Woods says.

With such glaring examples of seemingly unconstitutional activities, why hasn’t someone stepped up to protect prisoners? It’s a question that policy makers and technologists need to address and create a plan for as the pandemic rages on.