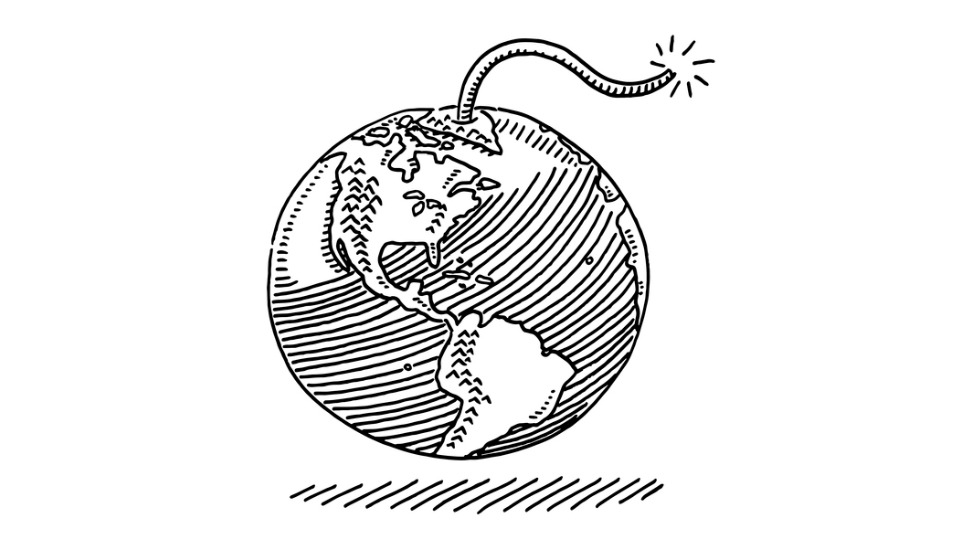 Environmental justice’s formative document turns 30 this year, and like a fledging adult, the movement is finally putting down roots.

The seeds of the movement emerged in October, 1991 at the First National People of Color Environmental Leadership Summit, held in Washington, D.C. During that event, organizers released the Principles of Environmental Justice, which detail how policies and education could halt the inequalities and assault of disenfranchised, poor, and predominantly Black and brown communities suffering from pollution. While some of the principles were lofty at best — principle six “demands the cessation of the production of all toxins, hazardous wastes, and radioactive materials, and that all past and current producers be held strictly accountable to the people for detoxification and the containment at the point of production” — the principles were taken up and adopted throughout the world by activists. Government has been slower to catch on, but that may be changing.

“We rarely if ever saw them really incorporated into policies at the local, state and federal level,” explains Anthony Rogers-Wright, who is the Director of Environmental Justice at New York Lawyers for the Public Interest (NYLPI), which provides pro bono legal representation for environmental community organizations and groups of individuals. “Environmental justice is not typically centered or prioritized as much as it should be and needs to be in order to to address, myriad issues associated with the climate crisis, health care, crisis, economic and justices, police brutality, etc. This stems from the fact that we do have an environmental community that for a very long time has been largely white, largely male, and a funding apparatus for these organizations that have create a banana republic within environmental guilt.”

Rogers-Wright says this contributes to a larger problem: There’s been no one at the table speaking for communities impacted disproportionately by pollution and the effects of the climate crisis. Environmental justice communities are not “just indigent, waiting to be saved,” he says. They are espousing and lifting up many applications and solutions in the form of engineers, doctors, lawyers, policy, and analysts all of whom are acting as public interest technologists.

Making Headway Against the Winds

Here in the U.S., some of this public interest tech work is being buoyed by the current administration. Rogers-Wright points to legislation such as the executive order from President Biden — the Justice40 Initiative — that was partially informed by the environmental justice community of New York. The initiative calls for climate considerations to become part of all U.S. foreign policy and national security considerations, among other actions. The order, “establishes the National Climate Task Force, assembling leaders from across 21 federal agencies and departments to enable a whole-of-government approach to combatting the climate crisis.” It also formalizes the president’s charge to make environmental justice a part of every U.S. agency’s mission, asking them to “develop programs, policies, and activities to address the disproportionate health, environmental, economic, and climate impacts on disadvantaged communities.” There’s accountability built in as well such as an environmental justice scorecard, the Climate and Environmental Justice Screening Tool that will ensure 40 percent of clean energy and other infrastructure investments make it to those communities most impacted by environmental concerns. All of these changes and introductions will need technology and policy to make them happen, opening up real opportunity for anyone interested in helping with the environmental justice movement.

Rogers-Wright’s organization didn’t wait for President Biden to start making big changes. Its environmental justice program has been hard at work in the New York area. One of the highest profile projects is Renewable Rikers Island, a plan to abolish the high profile jail complex, turning it into a solar farm. Today, Rikers Island is the second-largest jail in the U.S. It currently houses around 4,000 people, almost nine out of ten of whom are Black or Latinx. What’s coming will improve the lives of people who live close to the polluting power plants in the region, says Rogers-Wright.

“We successfully got legislation passed at the city level that will in effect shut down Rikers Island in the next five to 10 years, fully and transform it into a renewable energy hub,” he explains. “There’s going to be a 15 person Rikers Island board, and of that 15 person board, nine have to be directly impacted by Rikers Island. Of that nine five have to be returning citizens, or formerly incarcerated people, and the other four have to be family members. So we’re really going to have the influence of people who are directly impacted as part of the transformation.”

Hoping to take their work to a wider audience, the organization — part of the PEAK Coalition along with UPROSE, THE POINT CDC, New York City Environmental Justice Alliance (NYC-EJA), and the Clean Energy Group (CEG) — is working on what Rogers-Wright calls, “groundbreaking and transformational legislation in conjunction with Senator Kirsten Gillibrand (D-NY) and Representative Yvette Clarke (D-NY 9th district) that would shut down peaker plants — power plants that depend on dirty fossil fuels and are overwhelmingly situated in environmental justice communities. These plants are switched on when there’s increased energy demand such as a heat wave and are extremely dirty, spewing out particulates, carbon monoxide, and other emissions. This air pollution correlates with higher levels of asthma and health issues within the communities that the plants are located in.

In New York, these peaker plants — which were built in the 1950s, 60s, and 70s — are in the South Bronx, the neighborhood of Sunset Park in Brooklyn, and other under-resourced and environmental justice communities. According to a recent report from the PEAK Collation, “high-poverty neighborhoods bear 55 percent of the burden of hospital admissions due to ozone-attributable asthma and account for 56 percent of emergency department visits among children. In these highly impacted neighborhoods, rates are four times higher for ozone-attributable asthma hospital admissions.”

They need to be shut down, and hopefully will be sooner rather than later, Rogers-Wright says. “We have a federal legislation coming out soon that would call for their retirement and replacement within the next five years nationwide,” he says. There’s still plenty of work to be done, though.

In the short term Rogers-Wright is looking for help from technologists to help with communications and fact checking so that those in environmental justice communities can better understand the issues and separate truth from fiction. “We have a massive problem of disinformation, climate denialism, and in some cases denialism that we even have systemic racism and systemic injustice is in this country,” he says. “We need a quick and a very fast way to fact check information which is transmitted at exponential rates.”

He hopes to give people the tools and the information they need to make informed decisions about voting and zoning and planning as well as how they can disrupt, defend or intercede in any given set of environmental challenges. Until that’s available he suggests that people can get involved by connecting with grassroots groups throughout the country.

“Environmental justice is not just a talking point or a theory. It’s a set of principles and an act of practice.”