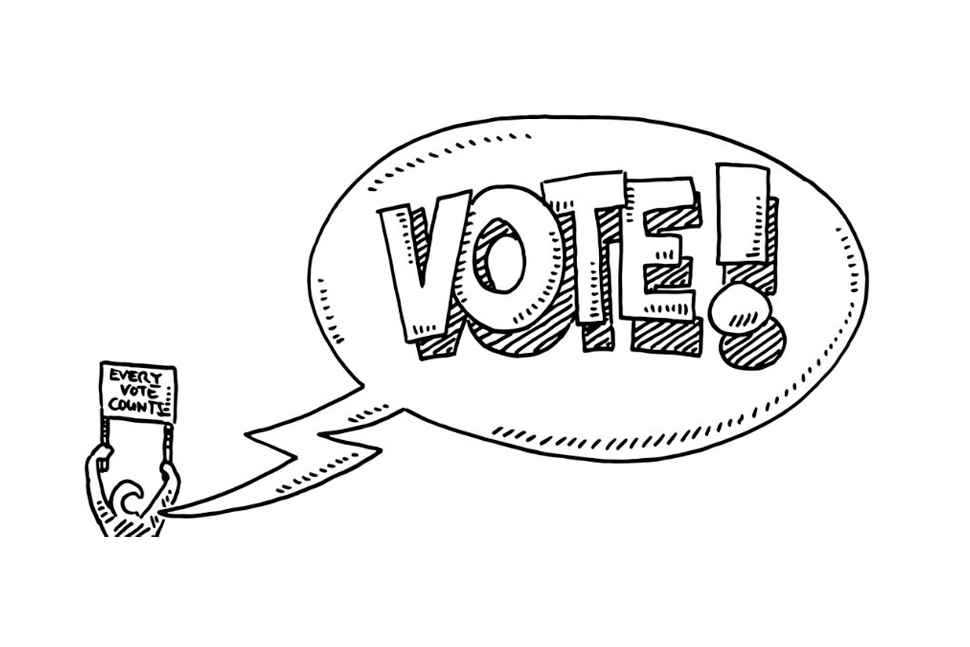 The 2020 election season was exhausting, and it isn’t over yet. This month, a bipartisan group of former elected officials — members of the U.S. House and U.S. Senate, former cabinet secretaries, retired military officials, and civic leaders — launched a new group dedicated to effecting change in the U.S. voting systems. Called the National Council on Election Integrity, the group is dedicated to defending the legitimacy of American elections and ensuring that every single vote is counted. Editor-in-chief Karen Bannan interviewed separately former Louisiana U.S. Representative Charles Boustany and Claudia Ruiz, a policy analyst at Latinx civil rights organization UnidosUS to discuss the new organization and why it matters today. Here are their answers.

Q: What is the National Council on Election Integrity and why was it formed?

Boustany: It’s a bipartisan group of former elected officials — former members of US House and US Senate, some former cabinet secretaries, retired military officials, and civic leaders — all dedicated to defending the legitimacy of our elections and ensuring that every single American vote is counted.

A number of us became concerned in the aftermath of the 2016 elections about the [lack of] trust in our elections. The integrity of our elections being called into question by some due to concerns about Russian interference. So this group of 40 people came together with the idea that we needed to do something. We’re dedicated to defending the legitimacy of the 2020 election and future elections, and we believe that every vote should count.

Trust is so critically important to our system of government. We have a representational democracy, and if the integrity of the election is called into question, everything else starts to unravel. We’re hoping that our efforts will help to restore trust in the legitimate legitimacy of the election.

Ruiz: As states and counties have worked to update their voting systems to expand voting options, including absentee and early in-person voting to accommodate social distancing, we have also seen the targeted deployment of coordinated disinformation campaigns aimed at undermining voters’ trust in these systems. By casting doubt on our tried and true processes, and politicizing them in the process, these false narratives ultimately seek to disrupt our democratic institutions that have produced free, fair, and valid election results for nearly 250 years.

Our effort calls on all Americans to demand that every ballot cast be appropriately counted, therein also calling for patience as our democratic processes do what they have been designed for: producing free and fair election results that Americans have confidence in.

Boustany: Public interest technology is critically important. As technology continues to evolve, our institutions need to evolve and adapt to the situations and adopt appropriate technology. So with regard to elections, keep in mind that elections — the actual process of holding elections — is done by state officials, Secretaries of State, and  in some states, other government officials. Their job, in addition to record keeping, is to ensure that we have a sound electoral system, whether it’s local elections, statewide elections or federal elections. Those offices are continually looking at the need for technology, that can improve what they do, improve the efficiency, and ensure the integrity of what they do.

Ruiz: Technology has played an outsized role in this election because of the ways in which we all have had to move indoors and online in response to the COVID-19 pandemic. Especially in these last few days to Election Day, groups like ours have had to pivot to digital/virtual outreach and voter education campaigns. The Council’s Count Every Vote campaign also reflects this “new normal” for election integrity efforts, which have to leverage new technologies and methods of communication in order to deploy this mass-scale information campaign. Further, it is crucial that organizations doing this work leverage data in order to inform not just needed content and messaging, but also strategic response messaging to help inoculate voters from disinformation and help meet voters wherever it is they are at in the voting process.

Q: What kind of research did you do before launching the Council? How does this help counter concerns?

Boustany: As former elected officials, we’re certainly keenly aware of public sentiment. Those concerns bubbled up to us. We know the world is watching what America is going to do in this election and how we will handle this. We’re keenly aware that this election is, in a sense, a test case for our democracy. And so we want to make sure that we mount an effort ensures the legitimacy of this election in future elections. We believe as a bipartisan group, we can come together, we can urge patriotism in that we respect the election process, and we’re going to speak strongly against any violence or intimidation around the election process.

Ruiz: With coalition partners, UnidosUS has conducted various surveys of Latino and minority voters throughout the last few months aimed at tracking and understanding how voters are engaging with this year’s cycle, how they plan and prefer to cast a ballot, and leading issue priorities. While polling around preferred voting methods confirmed that a majority of Latinos prefer to vote by mail for a variety of reasons, including to reduce the risk of COVID-19 exposure, this polling also revealed the fragility of voter confidence that their ballot would be counted fairly and accurately.

While we can point to rampant false narratives influencing and exploiting voters’ doubts, voters also need the facts and truth about our electoral processes, including why absentee ballots are safe and secure, the reality that this is not the first time we have held elections during times of crises, and that American democracy is at its best when every vote cast is counted. [The Council’s] public engagement campaign aims to address each of these issues, reinforcing the notion that our democracy is one that can and should be believed in and serving as a trusted voice as we head into the ballot counting process.

Q: What are you hoping that will come out of this Council and its current campaign?

Boustany: One of the [long term goals] is that we’re urging Congress to use this moment to put together a national bipartisan commission that will take a nonpartisan, very sober look at our elections — where weaknesses lie — and to make recommendations going forward on steps to ensure the integrity of our elections for the future. It’s not going to happen in a week, but we certainly wanted to raise the awareness of the need for this.

We believe that state by state election officials are struggling. They are doing an admirable job of dealing with the challenges, and yet, we can learn a lot from this election and apply that knowledge to future elections, whether it’s in the area of new technologies, best practices, dealing with the high volume of mail in ballots. We want to make sure we don’t lose this opportunity for future purposes. We’re also using it to urge patience. Every vote needs to be counted in accordance with applicable laws. We’re urging Americans to be peaceful as they express their views. We don’t want to see any intimidation, and we want steps taken to to mitigate against any intimidation of voters. And we’re urging a gentle spirit of patriotism, to support the constitutional process. American should play a role in restoring trust in the system.

Q: What do you make of the voter intimidation that’s going on right now, and how does what the Council is doing play to that?

Ruiz: Voters of color have historically experienced disproportionate levels of intimidation and harassment at the voting booth. Latino voters specifically face threats or harassment at the polls at a rate of more than double that of White voters. Now, the heightened polarization and division that has come to characterize this election exacerbates this reality, particularly as some public officials lean into calls for poll watching “armies” and signal to known militia groups in the month leading up to the election. But just as our ballot casting processes have safeguards meant to secure the election process, we also have a variety of federal and state laws that prohibit and protect against these kinds of suppressive tactics. What’s more, there are parallel efforts aimed at “know your rights” voter education and various resources for voters who may experience or witness instances of voter intimidation. This is the kind of messaging and information that voters must have in the pursuit of a free and fair election which, by definition, demands each voter cast their ballot free from fear or intimidation.

Boustany: We’re trying to speak out and provide cover for local officials, governors, and others to take steps to protect the free expression of views and the right to vote without intimidation. A big part of what we’re doing is communication. And it’s communication on the lines of what I just laid out — encouraging patience. We may not know the results of the election on election night. It may take some time. Patience is an order because every vote should count, and the counting process could take some time.

Q: One of the things that we talk about in public interest technology a lot is the idea of service delivery, and how the processes are often broken. Why should we be confident that elections will be fair when there’s so much in government that’s currently broken?

Ruiz: While it is no secret that there is much work to be done to make our voting processes more inclusive and accessible for all Americans, the reality is that these processes have produced almost 250 years of free and fair elections. Our election processes are governed by a constellation of federal and state and local laws that have been put to the test through both World Wars, the Spanish Flu of 1918, and even our own Civil War. The mechanisms driving our democracy have a track record that is frankly deserving of voter faith and confidence. However, that does not mean they does not also warrant change. Much of that change, though, can only come from voters believing that our democracy is worth the investment – of faith, confidence, and demands for change – and that investment can begin with casting a ballot in this election.

Boustany: That’s one of the issues we’re seeing with government at every level, at the federal level, a number of inefficiencies and problems like that. But one thing you can count on as well, with regard to our election system, while there have been reported isolated incidents of voter fraud by individuals in both political parties in previous elections, there is no proof of widespread voter fraud, both for in person or male in voting. We worked with the Heritage Foundation to provide an analysis of voter fraud cases. In fact, it’s incredibly rare, and out of 471 million votes there was really a tiny, tiny, tiny fraction of voter fraud between 2010 and 2018.

I think in general terms, technology can play a very positive role in ensuring that we have much more efficient processes, whether it’s getting employment checks out to those who need and, and are entitled to them, the COVID relief checks, we’ve seen far too many problems with these kinds of government programs. Of course, during the economic crisis, when I was serving in Congress during my 12 years, we saw a number of inefficiencies in in government, and fraud in those systems. And this is where I think technology can play a vital role with safeguards put in place. It’s important because dealing with these things is getting increasingly complex and the wise use of technology can make can have a very positive impact in eliminating error, fraud, abuse, and creating much more efficiency.