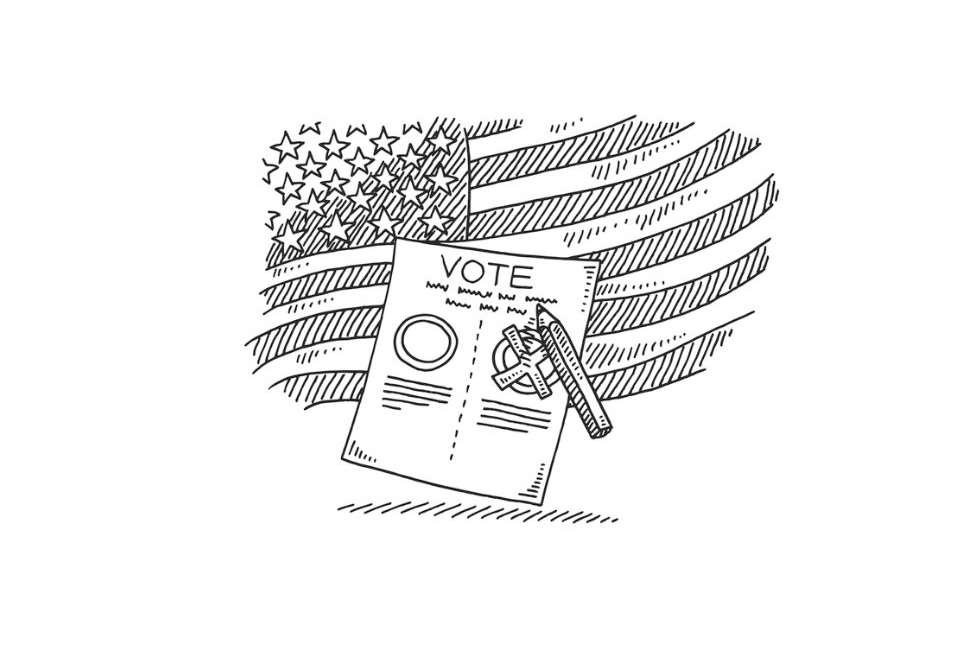 In this highly polarized and nail-biting election, every vote counts. But it can (and will) take a while.

Election Night results on TV and online are never — and have never — been final, official results. The official results, which come from election offices, are only announced after counts are canvassed, audited and certified. In a normal election cycle, it can take a while for this process to be finished. This year is no different.

I remember watching 2000 election returns on television,  flipping among the three big broadcast channels, ABC, NBC, and CBS, along with the local Public Broadcasting System stations. I lived in San Francisco, and while the polls were closed there, not all the precincts had reported in yet. Still, the national news reporters were already calling different states for George Bush and Al Gore. And then we got to Florida. By then, it was late—11:30 p.m. or close to midnight PDT. First it was Gore. No, it was Bush. Wait. It was too close to call, the reporters said.

In fact, we wouldn’t have an official count for a few weeks. Recounts started and stopped, legal cases moved their way through courts, and ultimately, the U.S. Supreme Court stopped a recount and called the election for George W. Bush. Nothing like that had ever happened in U.S. history. That 2000 presidential election shaped all future elections and, by extension, election tech in dozens of ways that we’re still seeing today.

This was the civics lesson that catalyzed my gradual shift from working in the private sector to what we now call public interest technology. Learning about how elections get done has been a quest for me for nearly 20 years. I’ve worked with election offices large and small across the U.S. to understand what the upstream processes, constraints, and tech are that influence what the voter experience is like. Elections administration has advanced dramatically over the last couple of decades. The combination of the pandemic and unprecedented voter turnout are magnifying some of the improvements (better ballot design, better access to ballots, and better information available more accessibly), and further opportunities for improvement (there are still long lines at polling places).

This year, a lot of people are worried about what the results will look like and wonder if we’ll know for sure who won what. The truth is, it takes a while for final, official results and it always has — even in the least contentious, lowest turnout elections. The process is working as designed.  Here’s a primer about how votes are counted and why you might see changes in results after Election Night.

Reform in media reporting on election results, especially for presidential elections, happened through the media self-regulating. After the challenges of results reporting in 2000, the major networks and polling companies came to an agreement about methods and practices for exit polling.

This means that, if you’re paying attention to election returns through media outlets, you are seeing unofficial, incomplete results based on preliminary (and incomplete) counts from election offices. Sometimes, those results are also shaped by exit polling results. They are estimates at best. A better option is to watch  state and local election office websites, which are way better than they were in 2000. Most have results dashboards that you can follow. I like Ohio’s Secretary of State Frank LaRose’s  video explainer that examines Ohio’s dashboard.

Official results come from election offices, sometimes weeks after the election, and always have

If you think about election results only in terms of precinct polling place voting on Election Day, you’re missing a large percentage of ballots in any given election. In the 2020 presidential election, you might be missing most of the ballots, depending on the state. This election is different because of Covid. Election officials across the country have seen a massive increase in requests for absentee or mail-in ballots — a ballot option that was treated as an exception in the past in many jurisdictions.

On October 26 , the Washington Post reported that about 63 million voters had voted already, either in person or by mail. (For perspective, a total of about 138 million people voted in the 2016 election.)

When is the election over? As a voter, you might assume the election as over when the returns come in on November 3, or if a clear loser concedes. But for people who run elections, an election goes on for at least several days, and sometimes for weeks. This means that the counts can change as more ballots get counted over that time. And that’s why the results aren’t official until the election results are certified as final.

Come along with me on a short journey through the counting process. Election officials sometimes do countdowns to Election Day as “E-45” for 45 days until Election Day and count ups to certification as “E+10.” We’re going to try that convention, here, too, so you can follow along.

Even with so much early voting, either in-person or by mail, election results aren’t tallied until the polls close on Election Day.

Voting in-person—E-30 to ED: Many polling places have scanners that voters use to cast their ballots. After the polls close, poll workers shut down casting and use the scanner to generate a “tally tape.” There’s a whole lot of counting of things in the polling place to make sure that all the ballots are accounted for. Those in-precinct audit steps get reported to a central office. These days, the central office starts reporting results on their website as soon as those numbers start coming in. But these are still unofficial results.

It is not uncommon for states to use more than one type of voting system. Each voting system vendor has a different data format. Putting all that data together is very tricky and hard to do in an automated way for display on an election reporting dashboard.

In other jurisdictions, voters will mark their ballots at polling places, but they’ll be collected without tallying in the precinct. Those are transferred after the polls close to a central location to be run through a high speed scanner. Depending on the size of the jurisdiction, even with high speed, tallying can take some hours to some days.

If the jurisdiction has heavily-contested contests with ranked choice voting, you can expect to wait even longer for final, official results.

There are still a lot of ballots to count, and in this election, there may even be more ballots cast outside of  polling places than cast at polling places in some jurisdictions. This is an important consideration because there’s a lot of processing needed to properly count ballots voted outside the polling place.

Traditionally, the preliminary counts come from in-person voting at polling places on Election Night, as poll workers in each precinct transmit tallies to the central office.

Voting by mail (VBM): Counting mailed (or drop-boxed) ballots is slower than counting ballots cast at polling places. There are two main reasons. The first is that there are legal constraints in every state that govern when counting can start. By law, some states can start processing –slicing open the outside envelopes and separating the ballot from the voter affidavit — ahead of Election Day. Many cannot. Most, but not all, don’t start counting until Election Day.

The second is that we value and protect the secrecy of the voted ballot. It takes time to make sure that secrecy is protected.  Absentee and mail-in ballots simply have more parts than ballots cast at the polling place. They have outer mailing envelopes and inner secrecy envelopes to protect the secrecy of the voters and their ballots. Opening the ballots is an intricate process set up specifically to separate the record of having voted from the votes themselves while protecting the custody of the ballot through detailed tracking.

These ballots are collected centrally. With the massive scale of voting by mail this year, it’s going to be a long night of doing that in many places. In addition, some states allow ballots to be counted that came in after Election Day.

So, counting ballots that are mailed in or cast at polling places often lag behind precinct-cast ballots. With the massive scale of vote-by-mail this year, as these ballots are tallied, you will see vote totals change.

The week after Election Day is full of activity, including more vote counting and tallying. You can also look for different kinds of audits that could also change the counts.

More VBM — E+4 to E+10: Not all of the vote-by-mail ballots are in by the close of the polls. For example, some states allow VBM ballots to be counted that arrive at the election office some days after Election Day. This year, there will be substantial numbers of these.

Election officials continue to process and count VBM from election night until they’re all done or they hit some deadline, whichever comes first.

Provisional Ballots — E+4 to 7:  If you’ve ever arrived at your polling place to find that you were not on the voter list, you may have voted on a provisional ballot. These ballots remain sealed while  the local election board or commission reviews your eligibility, usually on the Friday after Election Day. If you’re found to be eligible to vote, your ballot is unsealed and counted. These sealed ballots need to be opened, reviewed, a determination made, and then counted.

Canvass — E+3 to 7. If you’ve ever worked for or volunteered for a political campaign, you may have canvassed for a candidate, going door-to-door to connect with potential voters. The canvass of election administration is different. It is an official audit by the head of elections and the election board or commission usually conducted within a week of Election Day. This canvass is effectively an audit of the process to ensure that everything adds up, especially ensuring that every ballot — marked, unmarked, spoiled, voided — is accounted for.

Automatic audits and recounts — ED+5 to 30. An audit is usually a check of paper ballots against the results produced by voting systems to determine accuracy. There are 34 states that have requirements for jurisdictions to conduct audits of the vote count. Some run risk limiting audits (RLA nerd fest here.)  Fortunately, the National Conference of State Legislatures tracks all of the statutory requirements, too.

Every state has a recount process in its election laws, but not all of them allow for automatic recounts in the case of close margins of victory. It is extremely rare that recounts change the outcome of elections, according to a report from Fair Vote. Only 22 states and D.C. have a process for automatic recounts in close races. In 43 states and D.C., an apparently losing candidate — or other parties, including individual voters — can petition for a recount.

Certifying official results – E+7 to 30(-ish). Every state has a process for declaring the results official.  This is a kind final review, after which comes an announcement of official results.

It’s a lengthy, detailed process, and it always has been. There’s nothing new here. But now that you have some insight to the process, you can see why we might know clear results on Election Night.

Some readers of The Commons will go look up statistical models, because data is fun. As you do that, remember that election administrators have been planning for this presidential election for months.  Many have had several rehearsals in primary and other elections earlier this year. If there are close races, there are likely to be recounts and court cases. This has always happened. If it takes a while for official, final counts to come out, that does not mean there is a problem. It means the system is working the way it’s supposed to.

Special THANK YOU to Suzanne Chapman, who contributed to this article.

Dana Chisnell is a Senior Fellow at the National Conference on Citizenship, working on putting humans at the center of public policy.